Nollywood actress, Toyin Abraham seems to have found love again as a picture of her and Kolawole Ajeyemi surfaced on the Internet on Wednesday.

The actress, who used to be married to actor Adeniyi Johnson, seems to have walked down the aisle for a second time with another actor, Ajeyemi.

A wedding photo of the couple was posted on social media by Nollywood actresses Tayo Sobola and Kenny George on Wednesday. 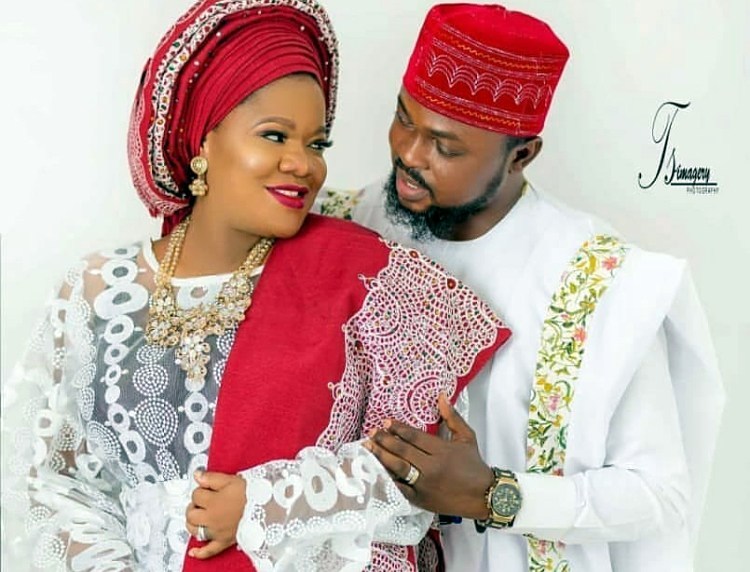 Toyin used to be married to another actor Adeniyi Johnson but the couple parted ways amid several talks on social media.

Abraham had been rumoured to be pregnant for Kolawole Adeyemi a claim that the duo neither admitted nor denied.