Malam Abubakar Garba, a pensioner in Bauchi State who returned N1million excess gratuity paid to him, said his action was informed by his fear of God and the repercussions of spending money that was not his “legitimate entitlement”.

News Agency of Nigeria recalls that Garba, aged 71, a motor chief driver with the Bauchi State Judiciary who retired in 2011, was on August 5, erroneously paid N1.2million as the balance of his gratuity, instead of N200,000.

Upon getting to the bank and discovering the amount on the cheque given to him, he returned it (cheque) to the disbursement committee, and was issued another cheque for N200,000.

In an exclusive interview with NAN in Bauchi on Monday, the retiree said he never “thought twice” before returning the cheque.

“My entitlement was N1.2million but I had been paid N1million some years back, leaving a balance of N200,000. 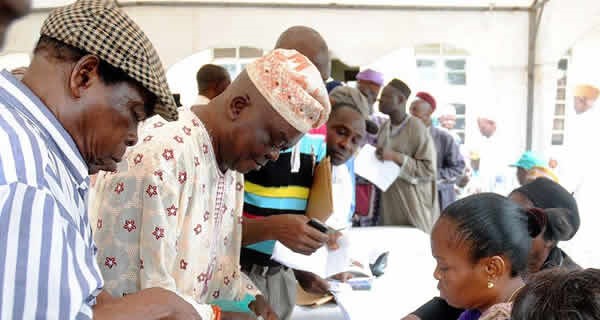 “When the new regime decided to settle arrears of pension and I was lucky to be considered, I was given a cheque of N1.2million again.

“I did not realise the mistake until I went to the bank and started filling the teller to lodge the money into my account.

“I promptly returned the cheque, to the surprise and amazement of members of the committee,” he explained.

Garba said he was in dire need of money to complete the building of his house and repair his only car, but that the satisfaction of his conscience was more paramount than his needs.

“As I am talking to you now, I need N1.5million to complete my house; I need N300,000 to resuscitate my car that had been grounded for two years.

“I had been looking for a bank that will grant me a loan, without any success, yet I returned the money”, said Garba, who has one wife and seven children.

He said most people who heard the story were astonished, with some saying he was probably “scared of EFCC”, “ had no financial challenges,” or that he was “too old to value money.”

Speaking to NAN on the honesty displayed by member of his union, Chairman of Nigeria Union of Pensioners in the state, Malam Habu Gar, said he had known Garba for long as an honest and God-fearing person.

“I have known Abubakar Garba as an honest and religious person, as such I am not surprised by his action.
“Even if the over-payment were to be N1billion,  I know, he would have returned it.

“People of his character are very few and almost getting extinct, especially in this era of gross corruption in all human endeavours.

“I expect the state government to reward this exemplary character, to encourage such honesty, just as the Nigeria Air Force and the Federal Government did to the Air Force personnel that returned money picked at pilgrims camp in Kano,” said Gar.